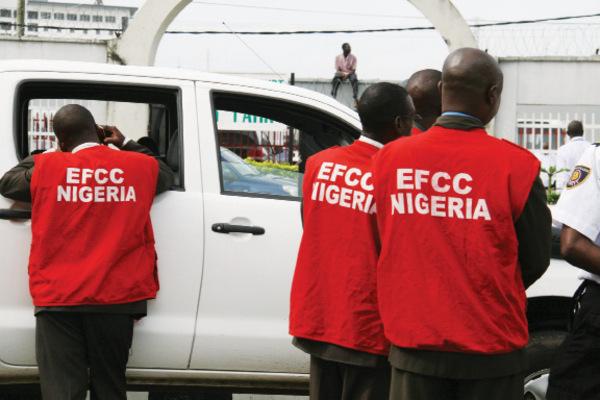 The Commission launched a massive investigation, following the receipt of complaints from petitioners, who alleged that huge funds were fraudulently diverted from their original purpose.

The said N1.25 billion was later recovered by the EFCC, following detailed investigations and tracing of the funds from different bank accounts.

The EFCC subsequently released the diverted funds to Benue government, Aso Savings and Loans and the International Energy Insurance, sequel to their  letter of requests

The Commission recovered N275.47 million from members of the state House of Assembly during the first term of incumbent Governor Samuel Ortom and later approved the release of the money to the Benue State Government, sequel to its letter of request dated October 17, 2019 with Ref No: MOF/S/GEN/310/Vol.1/165/203.

Regarding Aso Savings and Loans Plc, the EFCC  was able to recover a total sum of N700 million and has so far  released N400million to the insurance firm, following its letter of request dated July 31, 2019 with Ref No Aso Legal/2019/400.

It was further gathered that the remaining balance of N300million is being processed by the Commission and will soon be released to the Aso Savings.

On the recovery made on behalf of International Energy Insurance, a total sum of N450 million was recovered by the EFCC  while the sum of N350 million was released to the insurance firm.

The insurance firm had requested for the release of the recovered funds in a letter dated September 20, 2019. A source close to the EFCC also disclosed  that the remaining N100million is being processed and will be released to the insurance firm shortly.

When contacted, the Special Assistant on Media & Publicity to the Acting Chairman of the EFCC, Tony Amokeodo, confirmed the development. He ,however, declined to give further details on the matter.

How to end torture, by activists